We collaborated with photographer, magazine editor & model Louise Follain on several projects over the years and in 2019 Louise visited Bamiyan in Afghanistan on one of our trips (see more here). Inspired by the rich culture of craftsmanship, we disused the potential for new objects and the result is the collection that we've been developing with Louise to shine a brighter light on Afghanistan than is often seen in the news.

"To combine ISHKAR’s mission for Afghan craftmanship and my inspirations, had a special meaning to me, especially since the trip I was lucky enough to be a part of in 2020." - Louise Follain 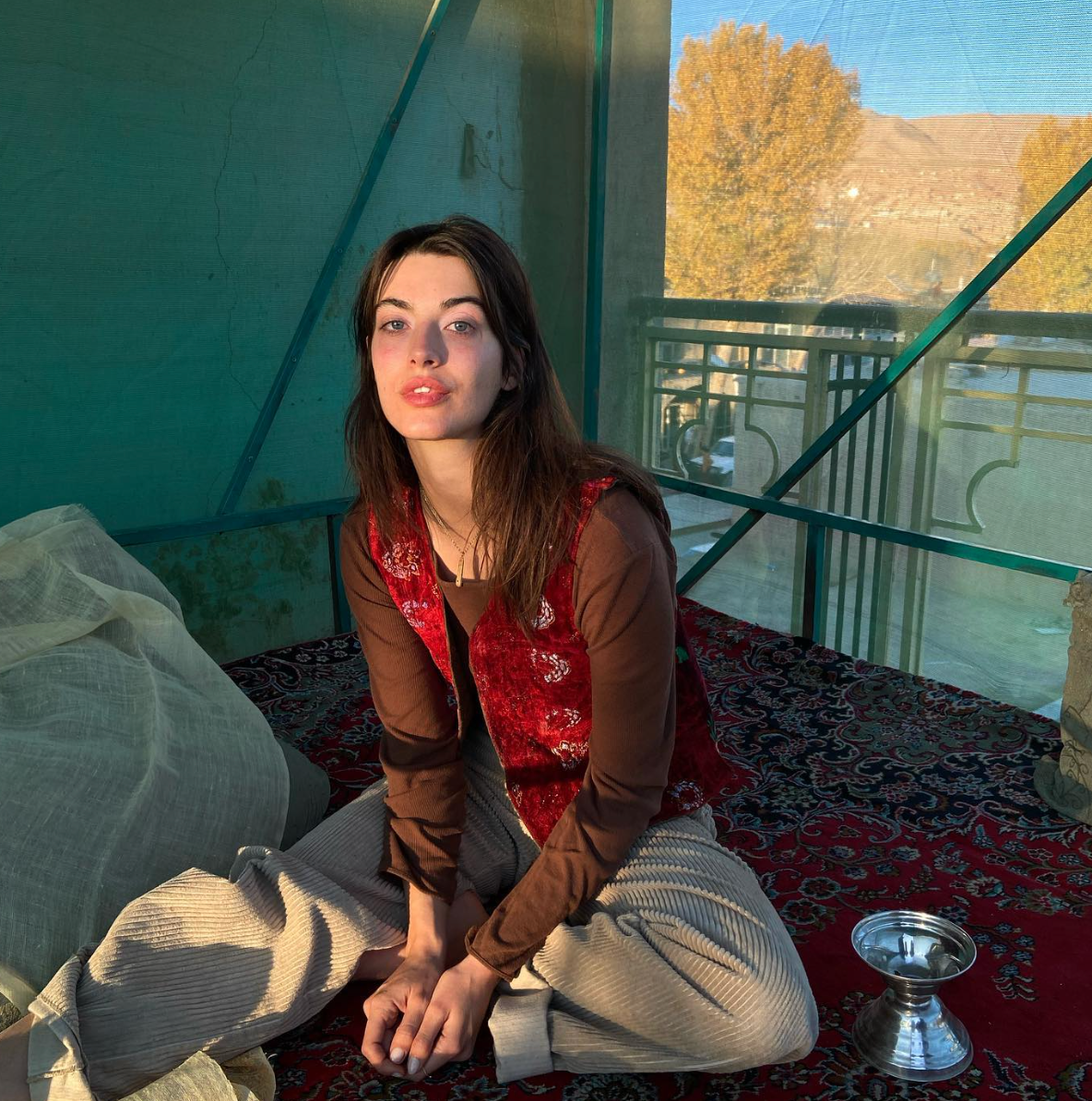 This unique piece has been handmade by the artisans in an atelier in Kabul, Afghanistan. After a particularly challenging year for all our partners in Afghanistan, we're delighted to be working with them once more. “It was a very depressing moment during the crisis which took place in August 2021. However, I did not lose my hope and I had faith” said one of the artisans who was working on this collection with us and is glad to be crafting and fulfilling our jewellery orders again.

"Hand making jewellery is the tradition of our ancestors. We must keep our culture alive," explains another jeweller, who teaches students the craft. "I feel alive when I teach jewellery to my students because in the future they will be capable of supporting themselves and others." 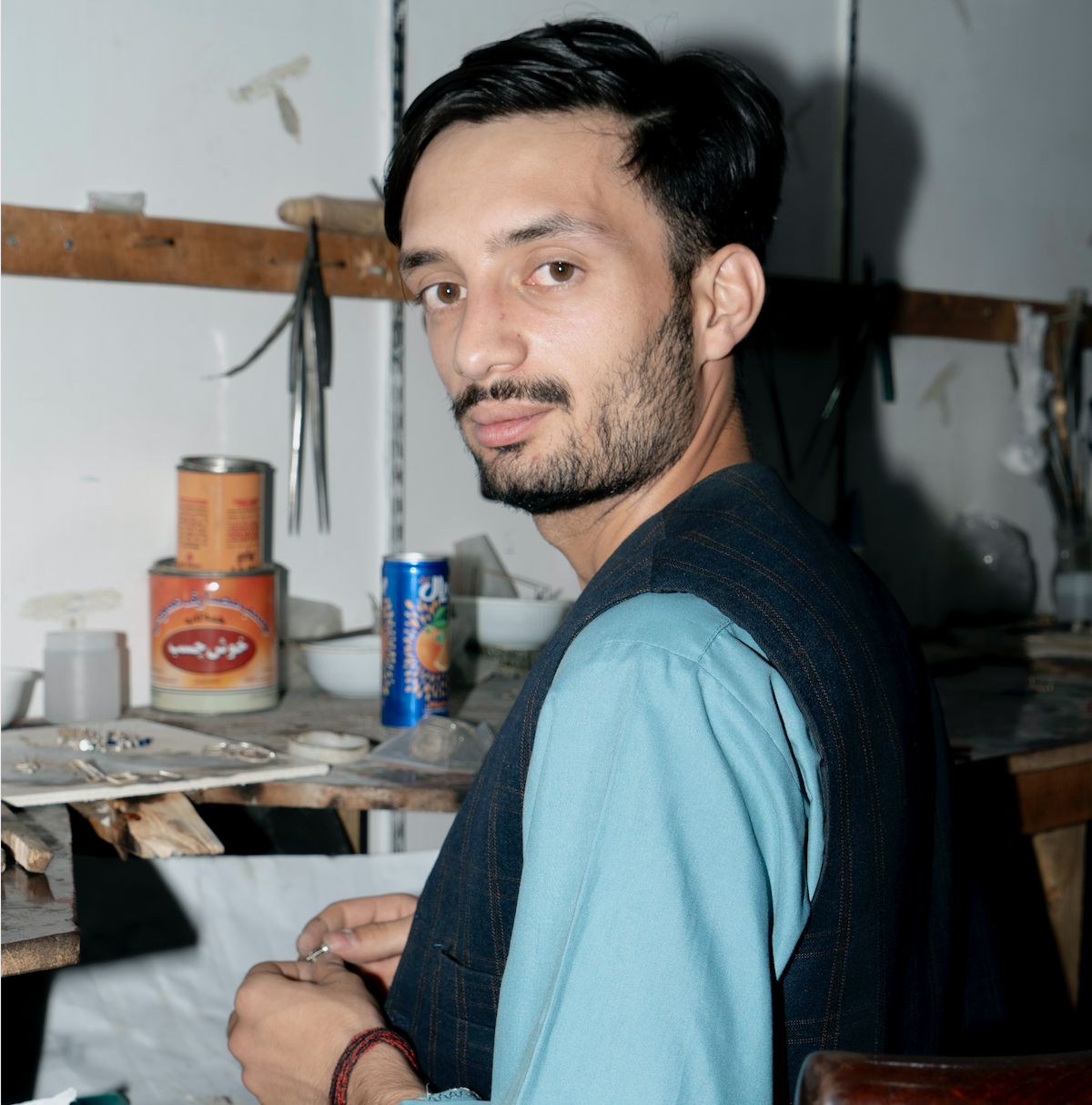 For this collection, Louise looked at ancient, yet surprisingly contemporary, pieces of jewellery excavated in Afghanistan’s Tillya Tepe (Tomb IV Second quarter of the first century A.D.) site. Many of the pieces featured stones carved into the shape of hearts, the central motif for this collection. The necklace's figure of eight design drew on a necklace found on the site that featured Greco-Bactrian iconography, an emblem of power that is believed to have been engraved in the Greek era.

"The choker is a very old style of jewerlly that has the particularity of sitting on the throat chakra, which is the chakra of communication. The infinity sign and the heart shaped pendant are both simple yet powerful symbols, to which the choker adds some radicalism and boldness." - Louise Follain 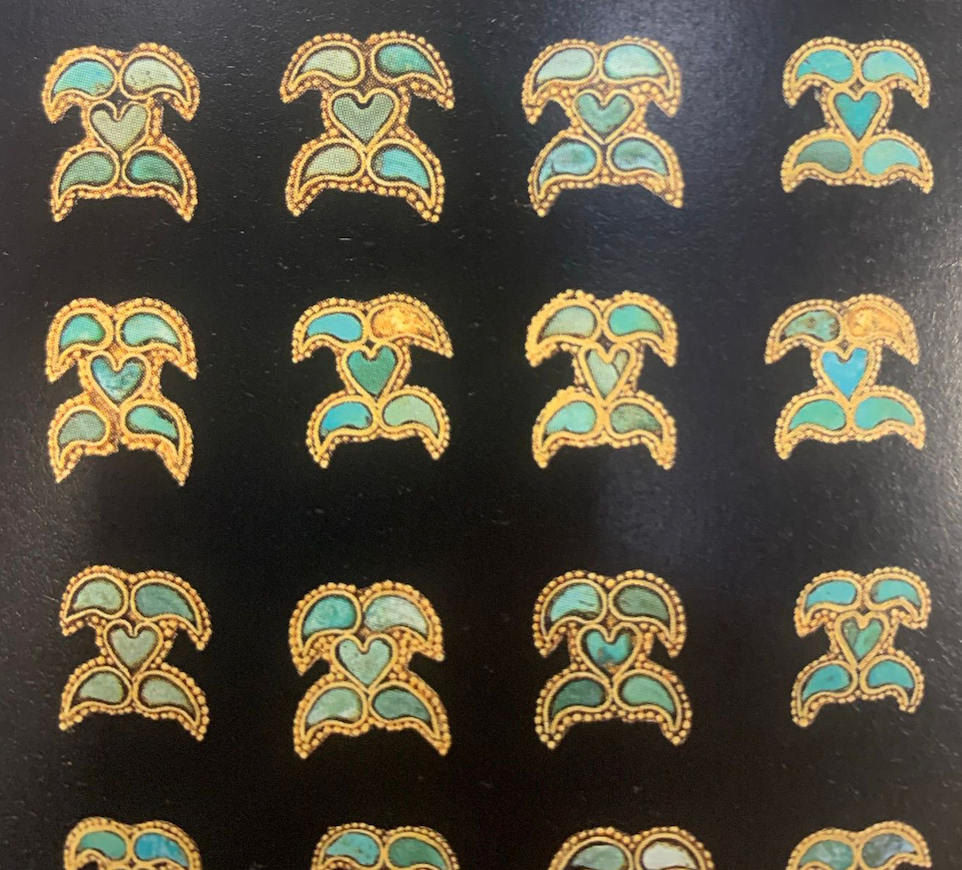